63,000 Opportunities Waiting for You. Self Start Here… 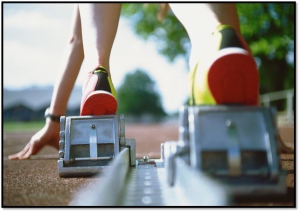 Have you ever read a posting for a job that says “looking for a self starter” or talked to a sales manager about who was successful on his team and he says “well that guy is a real self starter” (then his next sentence is “wish the rest of them could be more like that”). Everyone wants this “self starter”, why is that? You will hear them called go-getters, spark plugs, ambitious, workhorses and many other things, but I think the 63,000+ job postings on indeed.com that are looking for a self starter have it right! They are looking for someone with initiative and someone who starts things themselves and without waiting on others.

Everyone wants this from the people they hire, but after years and years of hiring people and working with managers who hire people, I bet that very few of these job posters will find their self starters. I also bet that those who are self starters will find that they really have their pick of companies, locations, professions, promotions or even the possibility to start their own company, grow it and post their own ad looking for self starters! This is because this trait, which requires the willingness to not wait on others for permission and the strong possibility of making mistakes, taking risks and experiencing failures, is somewhat rare in the marketplace.

Seth Godin devotes a whole book to this concept of initiative and the self starter (Poke the Box), Dave Ramsey references this type person suggesting traits of ownership and initiative in “Entreleadership“. The reason this concept sells is because it is uncomfortable to take initiative, it can be embarrassing to fail, and it can feel scary to do something others aren't doing. In a country that creates societal incentives for mediocrity and avoiding taking the reigns to start things yourself, this is a hot commodity. Sadly everyone wants to know how to do this but more importantly, as Seth Godin points out, they have to be sold on the idea because it is against the societal norm.

When I consider this, it is both frustrating to me and exciting at the same time. Exciting because, as a serial self starter myself, I find that there is so little competition in the job market that is so desperately pining after self starters. Frustrating because I see countless societal incentives that cause good people to make limiting choices that do not lead them down the road of self starting.

The most recent example of this is at the organization where I work; we have a lot of people there that have potential. Potential but feel they are stuck in their situation. One woman in particular, we will call her Tiffany, was working in a job that earned around $16 per hour and performing well. Performing well but not performing great. Not performing great because she viewed herself as limited in what she could do.

Tiffany was limited because she had a special needs child and if she earned any more in income she would not receive the medical insurance from the state that she so desperately felt she must have. If she didn't have it she would be a bad mom. Tiffany had shown snippets of potential and snippets of self starting but this wasn't unleashed until a manager saw some of this and spent hours with her selling her on the idea of what she could accomplish. After two month of convincing she took a promotion and is now a stellar performer because she gets to start things herself everyday. She ended up getting a large raise to go along with it that paid for the insurance and all is well!

The reality is though that most of us will not experience Tiffany's situation. We will not have a manager there to sell us on the idea of what life could be like if we removed our objections to becoming a self starter. Most of us have to do this on our own. I would like to offer the reason that like Tiffany, it could change your life. So, practice, now! by starting something, regardless of the outcome, failure or success. You will learn along the way. It's the learning that causes you to grow.

Please comment on any self starting you have done, big or small. How do you will yourself to take initiative?