Build a business on the side in 6 months 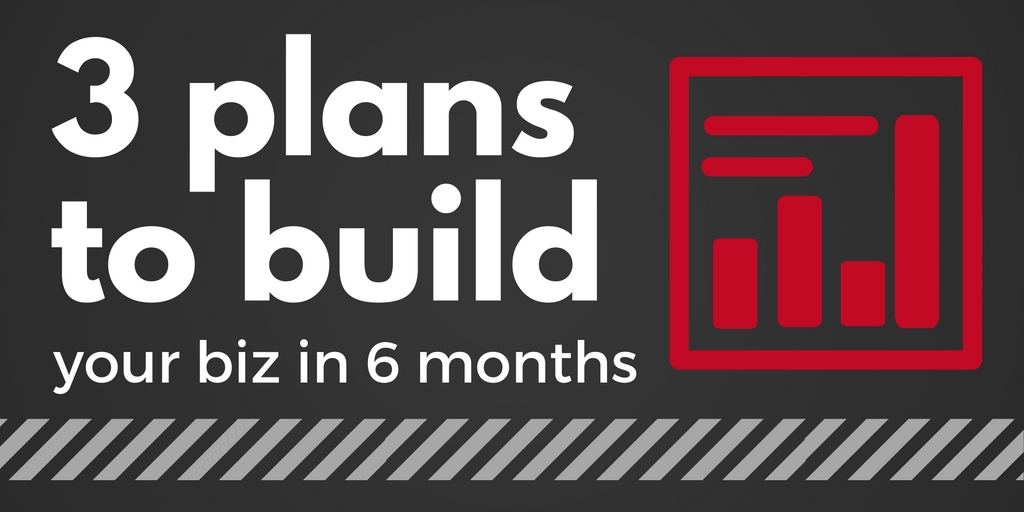 One of the biggest misconceptions about starting a business is that it’s like a board game. All the players begin on the square marked “Go,” and then you move in a predictable path around the board. Sure, you might encounter a delay here or a “lose a turn” card there, but for the most part, you’re moving in step with the other players.

In my experience, the first six months of starting a business can be more like a game of Chinese Checkers than Monopoly.

Not only do you end up moving forward and backward and all around, where you start and where you end up might be very different than anyone else on the board. It all depends on what you bring to the game.

As we continue our conversation about starting your own business, I want to share three distinct paths you might take as you pursue your dream of entrepreneurship. The three paths are:

Each one is a completely viable model for starting out and progressing through your first six months of business. Read on to see how your journey to your side biz might look:

Path One: The Novice.

Vanessa joined the HTYC Side Biz MBA program with no real business knowledge and no idea what kind of side gig she wanted to start — other than knowing that she wanted to do “something different.”

Like many of our students, she started working through the Side Biz MBA course with little specific direction. Typically, when starting from scratch as a “Novice,” the first four months are spent refining, testing, and validating business ideas and your target market. (translation: will your idea fly AND will it truly help the people you want to sell it to)

What does the pathway look like when you start with no idea?

Months 1-2 identifying the target market she loved working with — divorced women in their 30s who are in the process of rediscovering themselves and putting their new lives and identities back together.

Month 3, she dug into their specific problems as she attempted to understand their mindset and challenges.

Month 4 was spent testing and validating her proposed solution.

Once that was nailed down, she was ready to start marketing using social media such as Facebook groups, and getting her message and profile out to the world as a contributing writer with the Huffington Post. At six months into the program, Vanessa is ready to move forward and serve her first clients in a larger way.

If you’re a novice: If you are starting with zero ideas of what your side biz will look like, don’t fear — you’re not alone!

Many of our students begin as novices, just like Vanessa. Be prepared to roll up your sleeves and dive into pinning down a business idea and testing and validating for about 4-6 months. It takes time to get it right — but that is time well-invested.

But now you're saying “ok, now I know my target market, I've tested my idea, what happens from here?

Here’s Vanessa’s plan to hit $2000 a month by January, working about 10-15 hours per week (note: In our Side Biz MBA course, we help you create projection spreadsheets just like Vanessa’s so you’re super-clear on what the future looks like):

In any kind of business the potential customers are called prospects and anybody who might become a prospect is called a lead. In Vanessa's business she collects “leads” by writing articles that are truly helpful to her target audience. She then guides them back to her site where they can get more useful info and help.

When you look at her plan you will see that for roughly every 50-70 leads she generates, that means she will have 4 people interested in her services. Out of those 4 we conservatively estimate that 1 will become a customer (it may likely be more)

Those customers begin to add up over just a few months and the revenue she brings in starts to add up too. Click on the image to see her “very doable” plan to reach her goal of $2000 recurring each month.

After picking her target market and testing, Vanessa's ready to bring on her first customers

Path 2: The Side Hustler.

What if you already have an idea of what they want to implement?

If you’re starting with an idea, you can move right into the implementation stage.

Dave markets information products and and consultation services for people wanting to move into the financial services industry. We started working with him when he had zero customers, no sales, but he had a problem he was helping people solve.

We helped him create a full scale course to help people that wanted to break into the Finance industry. and was able to go from hobby to “side hustle” to $1200 a month just a few months.

Unlike Vanessa, he started with his idea already in mind, and we immediately were able to assist him with refining his offer and testing with his market.

Here was his breakdown

Actual Results for the month:

The very hardest part of starting a business

Often, as Dave can attest, the hardest part is 0 to $1000 a month! Once you know your product or service and have targeted your potential audience, and you’ve tested your assumptions, your side biz can grow quickly.

Dave could easily scale up with the information he’s gathered in the past months, but for now he’s happy with the extra side revenue and has no immediate plans to expand further.

If you already know that you’re on a path to replacing your day job with your side biz, then you might relate to our Side Biz MBA client, Mimi. She hit the ground running!

Even though her business idea wasn’t completely fleshed out, she came to the Side Biz MBA program with some significant experience in startups from her day job in business development — and she knew her goal was to replace her full-time income.

Because she was willing to invest significant time into the process from the start, she was able to test her idea and secure her first customers in just a few months. She also began writing for the Huffington Post and Thought Catalog, and was able to leave her job in less than four months. She now runs her business helping millennials make career changes fulltime from Taiwan.

While Mimi’s story may not be typical, it does show what can be done in a few months when you combine serious hustle with a proven plan!

Your Path Will Be As Unique As You

These three paths are, of course, illustrations. You may fall squarely in one category, or you may be a hybrid of all three. Our goal was to show you that, no matter where you start, you can make significant progress towards establishing a business, bringing in several thousand dollars’ worth of side income, or even replacing your day job entirely.

Vanessa, Dave, and Mimi are really no different than you. They weren’t gifted with magical skills, or a golden touch. They’re just everyday people who decided one day that they wanted — and deserved — more than the way they’d been living.

So whether you want to test out the idea of entrepreneurship like Vanessa, or bring in some extra income to pay down the bills or save up for a big purchase like Dave, or escape “working for the man” like Mimi, one thing is clear: You need a plan. And the HTYC Side Biz MBA program is a proven system to take you through the decisions and steps you need to take to establish your successful side business — guaranteed.

Still want to start your own Side Business?

Find out more about how Side Biz MBA can walk you, step by step, to your profitable side business here:
https://happentoyourcareer.com/lp/side-biz-mba/