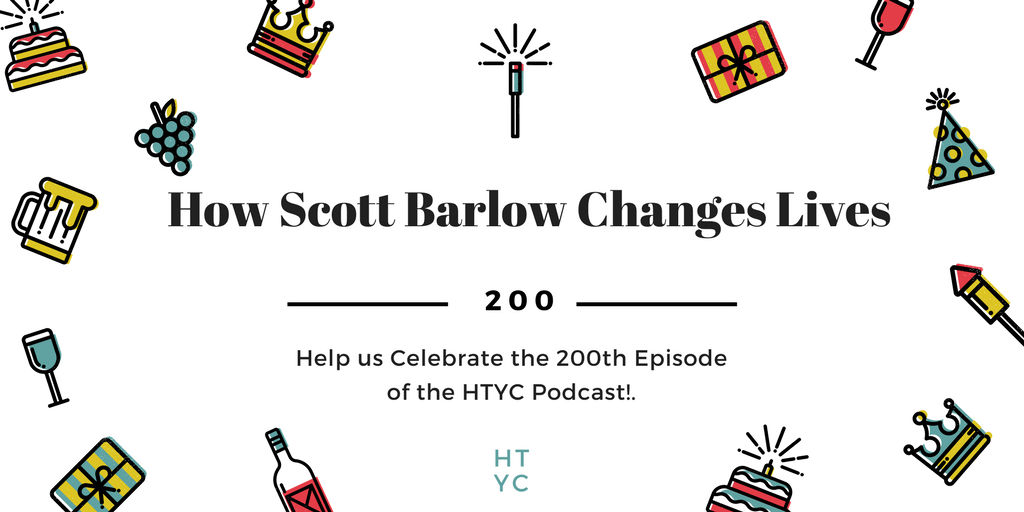 On September 28, 2013, Scott Barlow and Mark Sieverkropp sat down at a computer, uploaded a short audio audio file, clicked Publish, and released a podcast episode online.

It was 8 minutes and 28 seconds long (with intro and outro music that might be familiar to long-time listeners).

It wasn’t meant to be an “official” episode, but more of a preview of what was to come in a couple days at the “official” podcast launch on September 30th.

Scott and Mark wanted to share that sneak peek for friends and family to explain what they had been cooking up, and what was in store for the future vision of the podcast.

So they published Episode 000. And with that, the Happen to Your Career Podcast was officially born.

Sometimes something as tiny as an 8 minute podcast episode can change the course of a life.

It certainly did for Scott.

In that explanation episode, Scott set the stage by saying — in the very first time he ever read through the introduction — that each week, that the purpose of the show was to create inspiration, tools and roadmaps to help you with your journey.

Back on that fateful day in 2013, Scott and his wife Alyssa had 3 kids: one of them, Grayson, was just 2 years old at the time. Mark also had young kids, so he and Scott would wake up as early as 5 in the morning to record their podcast episodes together.

Today, looking back over the past four years and 200 podcast episodes, life looks a lot different.

Some things are almost the same: Scott still wakes up absurdly early in the morning to record podcasts or hold team meetings. (Yes, he really does wake up at 5am, and sometimes even a little bit before. Sometimes he’ll get up and go stand-up paddleboarding on the lake by his house while it’s still dark out, too.)

He now runs the podcast by himself, as Mark is off to other fun endeavors. Both Mark and Scott quit the jobs they’d been working when they started the podcast, and have been building their own businesses for years.

Today, Grayson is 6, loves Paw Patrol, Beyblades, and is a pro at putting together puzzles.

And today, four years later, Scott and Happen to Your Career have changed hundreds of lives beyond their own.

So to commemorate more than four years of hard work, 5am mornings, and lots and lots of hours recording podcast content, we present to you… Episode 200.

If you want to know the kind of ripples of change that Scott working in his purpose has created in the world around him, listen to this.

If you want to know what it’s like to interact with Scott when he’s not doing his radio voice on the mic for the podcast, listen to this.

Or if you want to know how people change their lives when they get to learn from Scott, you should definitely listen to this.

Are you ready to seek out coaching to get to the next level in your work — and life — before the year’s over?

Click here to apply for career coaching with one of Happen to Your Career’s experienced career coaches.