Stuck in a Job because of Money? 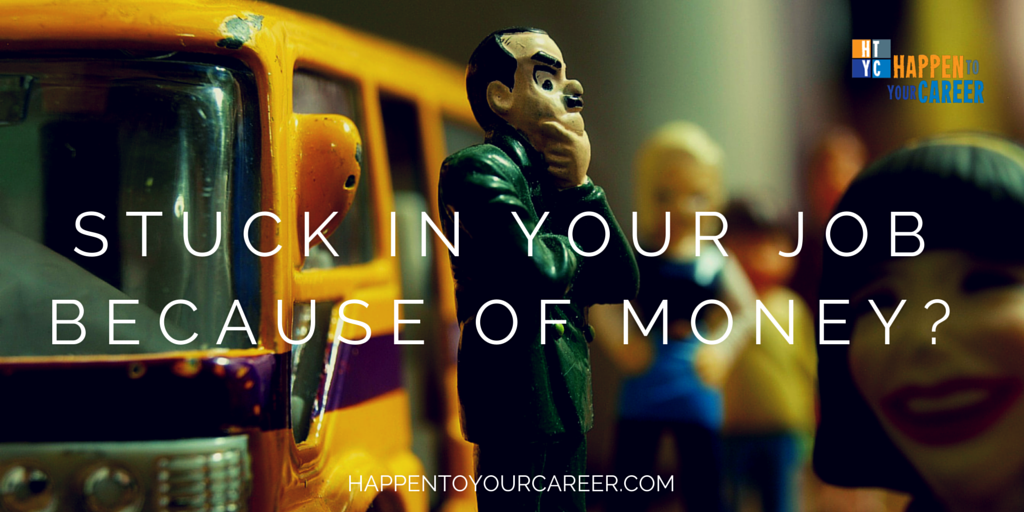 Enroll in our FREE 8-day ‘Figure it Out’ course to find the work that fits YOU!

Have you ever felt like you can’t do something that you really want to do because you didn’t have the money or savings?

What about feeling forced to stay in the job that you don’t really want to be in that much, because you had to bring in an income?

It is one of the most restrictive feelings in the world.

In 2008 I was feeling like I didn’t have control over my own life. I was sick and tired of my job and needed a change.

Mackenzie had just turned 1 and I didn’t want the same things out of life that I wanted just one short year before that. The stress was getting to me. I was being a jerk to Alyssa and justifying it because of stress that comes when something in your life is so mis-matched from what you want!

I was stuck in a job that originally was a great thing for me, but then when it wasn’t, I felt like I couldn’t leave.

All of this happened because we had put ourselves in a terrible financial situation. Nobody else put us there.

With a second kid on the way we had next to nothing for savings. A tiny bit of retirement. 35K in credit card debt. 40K in auto loans and a house that was drastically underwater and getting more so as the housing bubble had just started to burst.

We had created all of that.

Worse than that, when I was going into interviews, I came across differently because I was stressed and felt like I “had to” get the job to get out of this situation.

The funny thing is if we had 50K in savings and didn’t have a bunch of debt, it wouldn’t have been that big of a deal.

I would have just left to find a different job.

But we didn’t… so we just lived… stressed.

We realized that something needed to change. It became apparent to us over a few months that your career, your life and your finances are all linked together… whether you want them to be or not!

Shortly after that we found a solution. We happened on on a copy of the Total Money Makeover by Dave Ramsey.

Over the next 3 years we worked on getting control of our finances.

We sold our house and somehow convinced the banks to give us almost $72,000 in loans to bring to closing so that we could get out from under it. We then paid off a total of $133,500.

We scraped to do it. It was one of the most difficult things we have ever done.

It’s funny though, as soon as we even started getting control over our finances and looking at the world a little differently, things started happening for us.

Now I wouldn’t say we are always perfect in the finance department, but we have emergency savings, investments, retirement and college funds for the kids… if something bad happened… we would be ok.

The best part though was that when we got everything paid off and got control of our finances that’s when we started to get to do what we really wanted to do.

That’s when Alyssa came home to stay with the kids.

That’s when I started thinking about starting a business again.

That’s when my career opportunities at my job started skyrocketing because the stress of debt wasn’t there anymore and it freed up tons of creative energy!