We’ve worked with thousands of people all over the world to find and create their ideal careers. 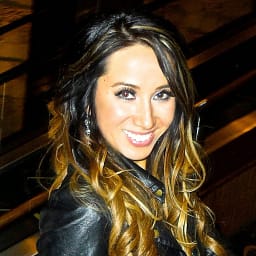 Testing out different organizations and talking to people, that was really when I started to see the light! I think that really jump-started me! okay now I can really start to figure out where I’m going to go next.

I convinced myself for many years, that I was very lucky to have that job, and I would be crazy to leave it. I convinced myself that the team needed me even though I was miserable. And ultimately, it took me getting physically sick to realize I needed to leave! One of the biggest things that I learned out of the signature coaching was on designing my life. And this is another thing that I had really never, it had, I don't know, if it had never occurred to me. I just never believed it was possible until now.

I wanted to thank you because you have helped me land a job that is more fulfilling in every way than a job I thought I could have had before I met you. The work you did and the techniques you taught me literally changed my life.

I realized early on in that career transition that if I was going to be able to find a job that was rewarding and in an area I liked, even to just pay rent, I would need help because I wasn’t getting the results I needed I know how to get introduced to people and talk to folks. I’ve done this remote job search thing a few times. What made it different for me though is that it’s not just an opportunity to change location but to change position. It could be not just a lateral move from one city to another but it could also be a promotion. I was moving my career and experience to an area where I went from leading projects to potentially leading teams… Sometimes you can stretch yourself and sometimes you need a team to stretch you beyond your best. I think that’s the biggest value from coaching. You have someone in your corner looking out for your best interests. If they are doing their job as good as Lisa did they are pushing you to be the best version of yourself.

Scott has been a tremendous help in bringing focus to my business. Scott enlightened my path towards concentrating on my strengths and doing what I love. I recommend Scott Anthony Barlow to anyone who wants clarity about what they should be doing, and the next step to make your business successful.

I was able to negotiate a higher salary, accepted the offer and I can not be happier! You truly helped make this process as painless as possible! I would (and will) recommend your services to anyone and everyone looking for a new job (or current job pay raise).