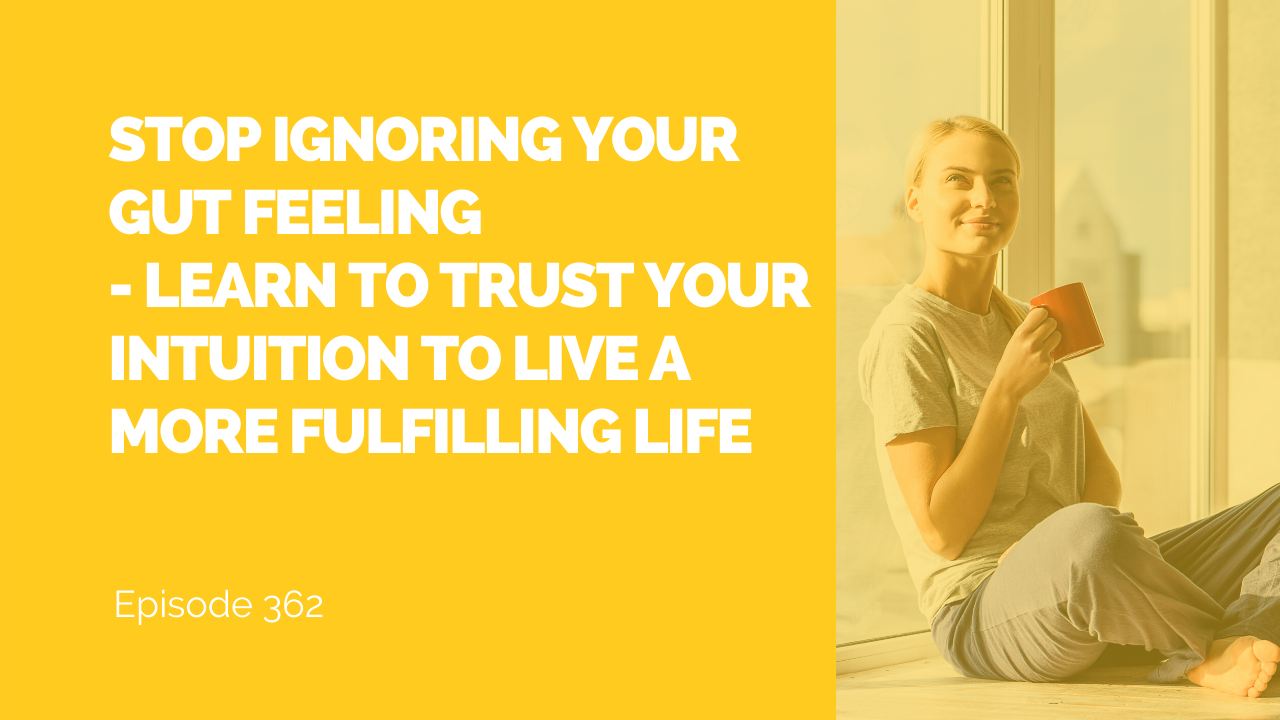 Ignoring your gut feeling can lead to regret

One of the most valuable soft skills that I’ve built over the last 20 years doesn’t have anything to do with communication. Actually most people don’t even think of it as a skill at all.

But that’s where “most people” would be wrong. Because practicing this and becoming better at it has allowed me to stop myself from settling sooooo many times in the last 20 years.

The skill of paying attention to your gut feeling.

Here’s how it usually works:

You’ve been ignoring that feeling in your gut for months, even years. Maybe it’s been about your job, or how you’re raising your kids or even the fact that you think you might be settling in your relationships. Whatever it is now it’s time to learn to start paying attention to it.

Because science and research tell us that your intuition is very useful for letting you know when things are “off”. So choosing to ignore that feeling is likely to your detriment.

Of course there’s also limitations to your gut feeling and intuition. It can only take you so far. Because it’s not great at helping you understand why something doesn’t feel right. It’s also not useful for leading you to the exact right answer. Instead merely as an indicator for you to stop, reevaluate, and choose a different direction.

Alissa Penney decided to stop ignoring those feelings just 18 months ago. Since then there has been no looking back as she has completely changed her career (and even started her own consulting business).

Want to know the very best way We Can help you?

Fill out our "Help Questions" and talk to our expert coaching team about how exactly how we can support you! Let's do this already!